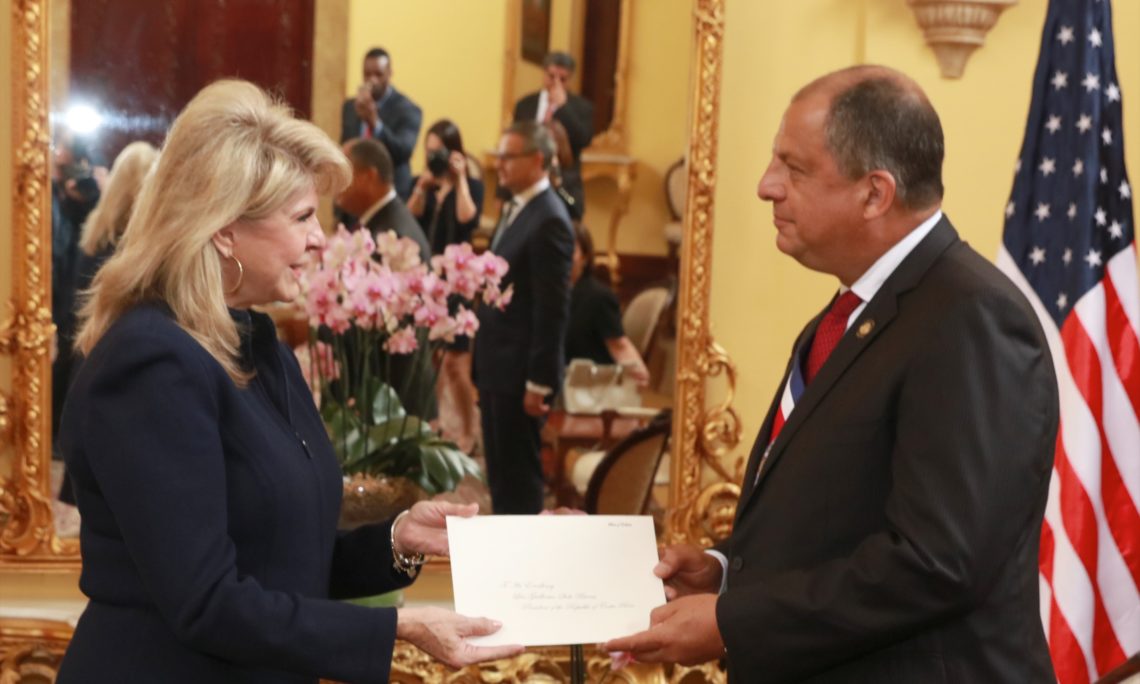 The new U.S. Ambassador to Costa Rica Sharon Day presented her credentials to President Solis today and now begins her official duties as the highest ranking representative of the U.S. Government in Costa Rica.

In her meeting with President Solis, Ambassador Day reiterated the United States’ commitment to our strong and enduring partnership with Costa Rica.

Ambassador Day also underscored the United States and Costa Rica’s commitment to upholding democratic principles and ensuring joint security in the region, the strength of the two countries’ commercial ties, and the connections between their people, stating, “I am honored to serve as the new U.S. Ambassador to Costa Rica and look forward to working with partners to maintain the United States and Costa Rica’s long history of bilateral cooperation.”

Ambassador Day comes to Costa Rica with more than 20 years’ experience working for the Republican Party at the local, state, and national level. Earlier in her career, she built several businesses in the insurance and marketing industry, creating jobs for hundreds of individuals and families. She also championed women’s rights as a Commissioner on the Florida Commission on the Status of Women.

Ambassador was born and raised in Texas and has called Fort Lauderdale, Florida, home for the last 25 years.