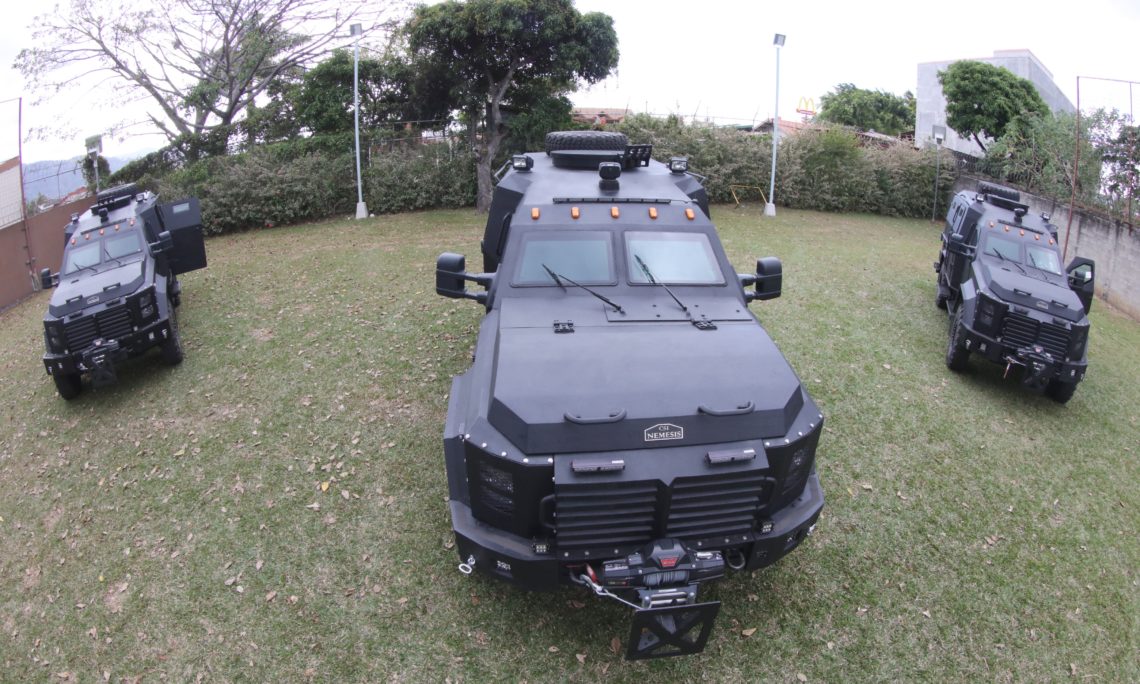 The United States donated three armored vehicles to the Government of Costa Rica to strengthen security throughout the country. One vehicle is destined for Fuerza Publica, another for the Special Intervention Unit (UEI), and the third for the Judicial Police (OIJ).

Police officers in charge of the vehicles participated in a training to learn how to operate and take full advantage of this new resource.

Each vehicle is valued in USD 208,221, for a grand total of almost USD 652,000. This donation represents one the most recent examples of the excellent security cooperation between the United States and Costa Rica.

In 2017, the U.S. Embassy invested more than USD 30 million to support judicial authorities and Costa Rican security officials in their effort to keep Costa Rica safe.

This partnership between the United States and Costa Rica enhances the security and prosperity of both countries.