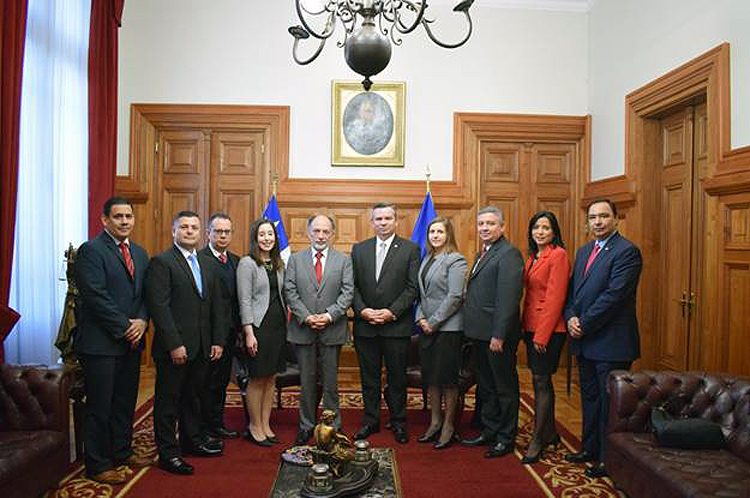 Costa Rica Aims to Be a Regional Leader in Judicial Practices

The U.S. Bureau of International Narcotics and Law Enforcement Affairs (INL) is supporting the Judicial Branch of Costa Rica with a special two-year project to strengthen the anti-corruption efforts; create a new internal ethics code, and tools improve anti-corruption training and investigations.

As part of this project, representatives from the Costa Rican Judicial Branch of Costa Rica visited Santiago, Chile, where they held meetings with the President of the Chilean Supreme Court, the Anti-Corruption Prosecution, the Prosecutor, and the General Comptroller. They exchanged experiences and recommendations for the creation of a new ethics code and internal control mechanisms for public servants, among other important topics to prevent the incursion of organized crime and corruption in the Judicial Branch.

This project also includes the evaluation of Costa Rica’s current legal frame, the creation of training and reference documents, an anti-corruption institutional diagnose, counseling and technical support, writing of bills, design of courses for employees of the Judicial Branch, and a visit to the Colombian and U.S. Judicial Branches to learn best practices.

U.S. NGO National Center for State Courts (NCSC) is responsible for the execution of this two-year project that represents a total investment of USD 720,000.