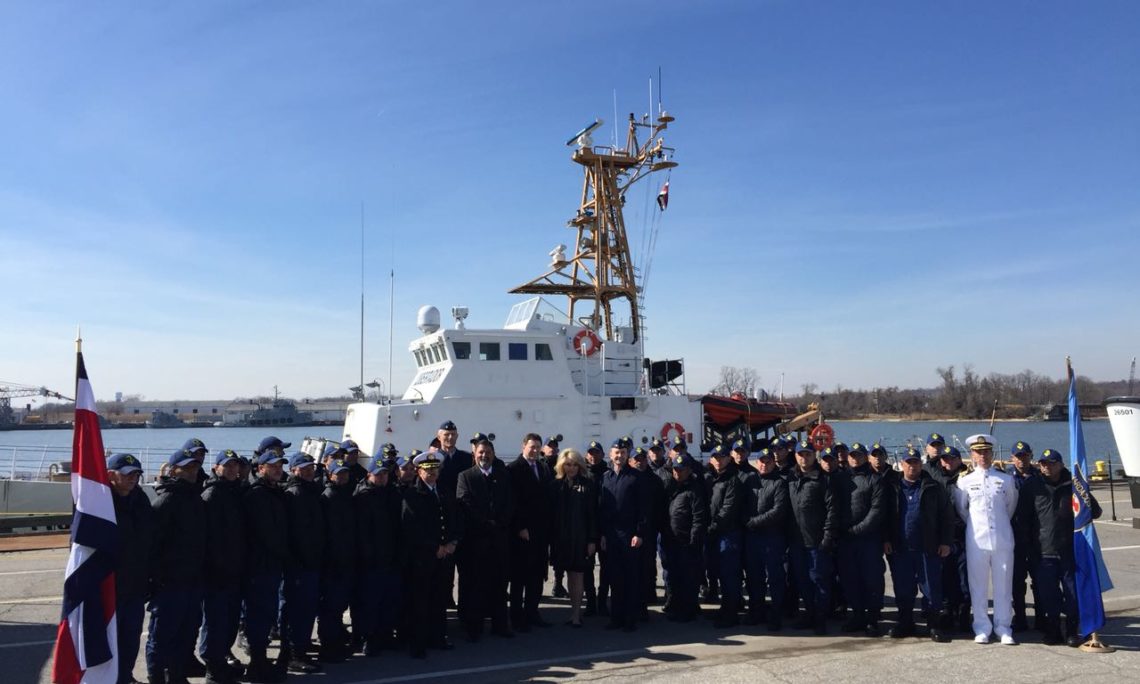 The 44 person Costa Rican Coast Guard crew that has assumed command of two 110 feet cutters donated by the United States are receiving special training from their U.S. counterparts at the U.S. Coast Guard shipyard in Baltimore.

The training that begin in January and will end in April will prepare the crew to command, navigate, and maintain the two cutters.

U.S. Ambassador Sharon Day, Congresswoman Kay Granger, Costa Rican Ambassador to the United States Roman Macaya, Costa Rican Minister of Public Security Gustavo Mata, and Costa Rican Coast Guard Director Martin Arias traveled to Baltimore to see firsthand  this training and be onboard the two ships for the first time since the announcement of the donation in 2016.

During the visit, Ambassador Day highlighted the importance of the security partnership between the United States and Costa Rica in the fight against organized crime and illegal fishing. She also reiterated and reafirrmed U.S. government commitment to Costa Rica, while underscoring that “a safer Costa Rica makes for a safer United States.”