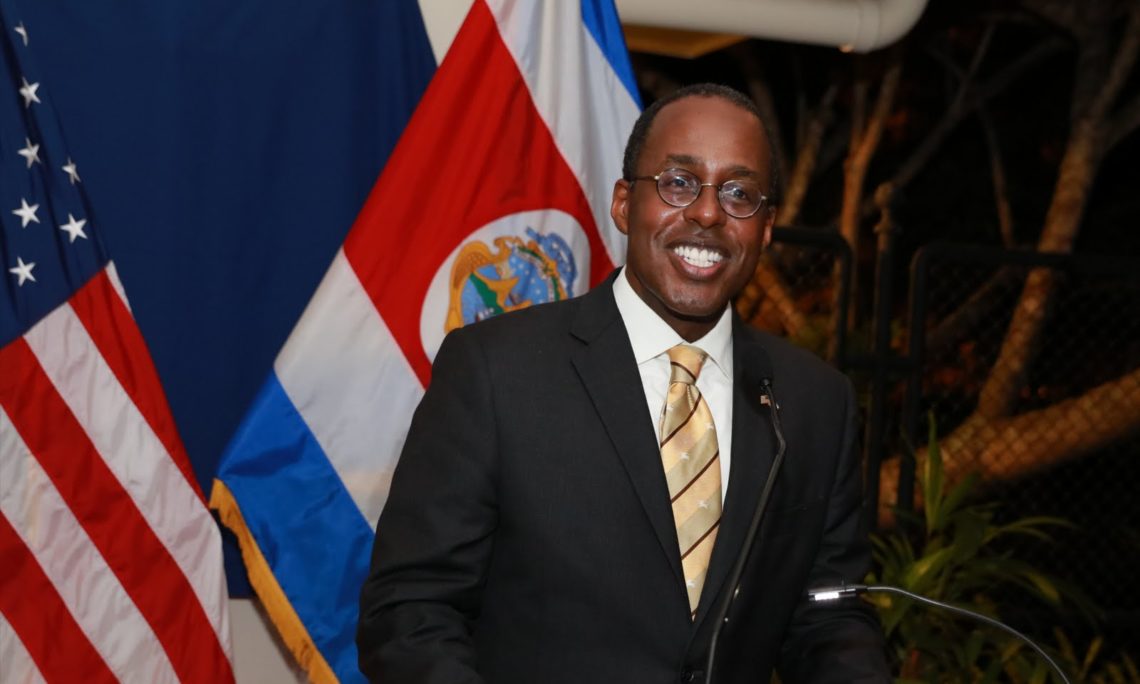 Good afternoon distinguished speakers and guests, ladies and gentlemen. I am honored and grateful to be able to join you today. I wish I could say we are all here to celebrate our success, that we have made significant progress toward protecting our journalists and independent media.

Of course we all know that is decidedly not the case. We are here because reporters around the world are under threat. They’re being attacked and they’re being killed.

As President Obama said earlier this year on World Press Freedom Day, the free press is far too often targeted by governments that want to avoid the truth and leaders who mistrust the ability of citizens to make their own decisions.

And when our journalists are threatened, when our ability to investigate and report the news is attacked, then we as a global community are not progressing. We are getting worse not better. We are not making our own decisions. We have fewer rights. Less democracy. Less freedom.

And so all of us — all of us — have a responsibility to defend real journalism, and protect our front line reporters.

I am particularly pleased that Costa Rica is hosting this discussion. Costa Rica’s long-held traditions of protecting human rights and freedom of expression are a model for the region and I hope they will continue to provide desperately needed examples, expertise and leadership.

Nevertheless, we can never take the freedom of press for granted. The reality is that the press holds a great power, and can easily become the target of ill-intentioned actors. Even in countries with strong democratic traditions, powerful individuals still may act to silence journalists who dare to say something they don’t agree with, or expose something they wish to keep hidden or publicly misleading. Likewise, attempting to curtail press freedom through government intervention under the false flag of fostering democracy is the absolute antithesis to democracy.

We must always be vigilant to the threat posed against the press, in every nation. A threat against a journalist is a threat against us all, and sadly we don’t need to look too far afield to see tragic examples of reporters under attack. In Mexico, organized crime figures have targeted innocent journalists for doing their job. In Venezuela, the government’s arbitrary detention and excessive use of force against protesters and journalists, and its drive to shutdown of foreign media and Internet, clearly endanger human rights.

These threats are real, ongoing, and require constant vigilance on the part of media professionals, government and civil society bodies, and everyday citizens. For that very reason, it is reassuring for me to see so many experienced and passionate experts and practitioners from around the world together today to examine how we protect journalists and fight the climate of impunity that protects their assailants.

I am pleased our Embassy was able to support the travel of several of the conference’s keynote speakers, including representatives from the Organization of American States and the Center for Law and Democracy. Together, they have decades of experience as journalists, lawyers, and human rights experts. I trust that their thoughts and insights have helped to frame the dialog at this conference.

With so many extraordinary minds together in one place, I am sure we will all walk away wiser and more equipped to face the threats to journalists and press freedom that are all too common in every region of the world. To journalists worldwide, we stand with you.