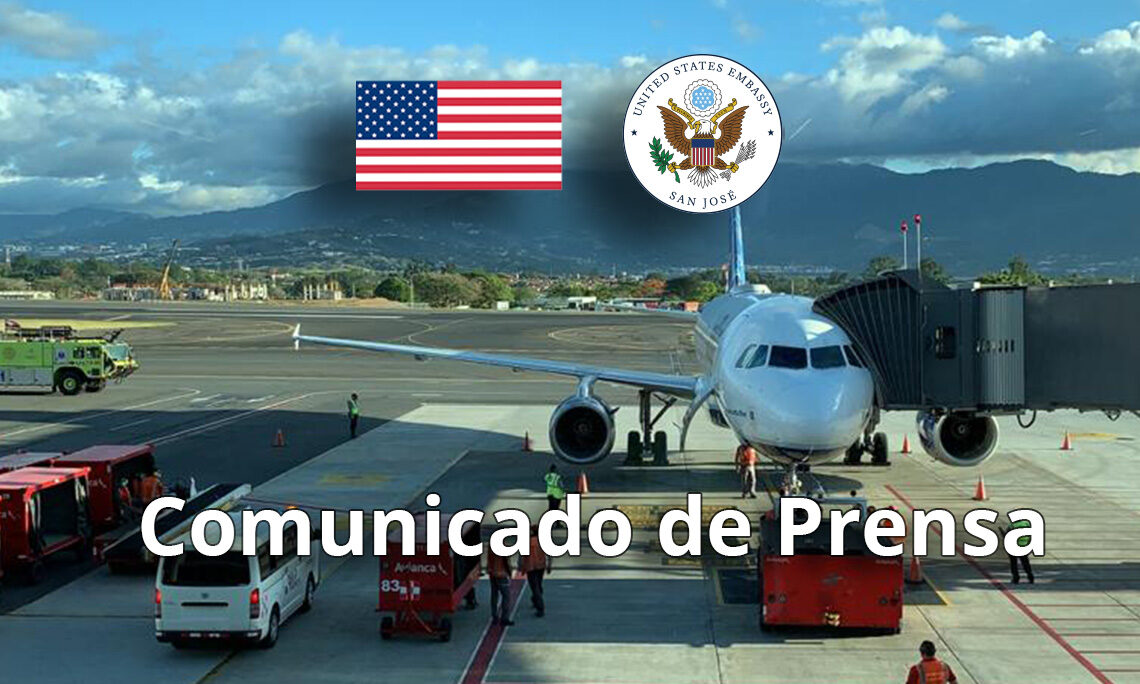 WASHINGTON – The U.S. Department of Transportation’s (DOT) Federal Aviation Administration (FAA) announced today that the Republic of Costa Rica complies with international safety standards and has been granted the highest international ranking.

The FAA International Aviation Safety Assessment (IASA) focuses on a country’s ability to adhere to international aviation safety standards and recommended practices. The standards apply to regulators and are set by the International Civil Aviation Organization (ICAO), the United Nations’ technical agency for aviation.

Costa Rica received a Category 2 rating in May 2019 after it failed to comply with ICAO’s safety standards. A Category 2 IASA rating means the country either lacks laws or regulations necessary to oversee air carriers in accordance with minimum international standards for safety matters, such as technical expertise, trained personnel, record-keeping, or inspection procedures. A Category 2 rating permits carriers from a particular country to continue providing existing service to the United States, but they are not allowed to establish new routes.

The Category 1 status announcement today is based on the reassessments in 2020 and a January 2021 safety oversight meeting with the Directorate General of Civil Aviation (DGAC). A Category 1 rating means the country’s civil aviation authority complies with ICAO standards. Under Category 1 rating, properly authorized Costa Rican air carriers are permitted to serve the United States and carry the code of U.S. carriers without limitation.

Through IASA, the FAA assesses the civil aviation authorities of all countries whose air carriers have either applied to fly to the United States, currently conduct operations to the United States, or participate in code sharing arrangements with U.S. partner airlines, and makes that information available to the public. The assessments are based on ICAO safety standards

For more information on the IASA program, click here.