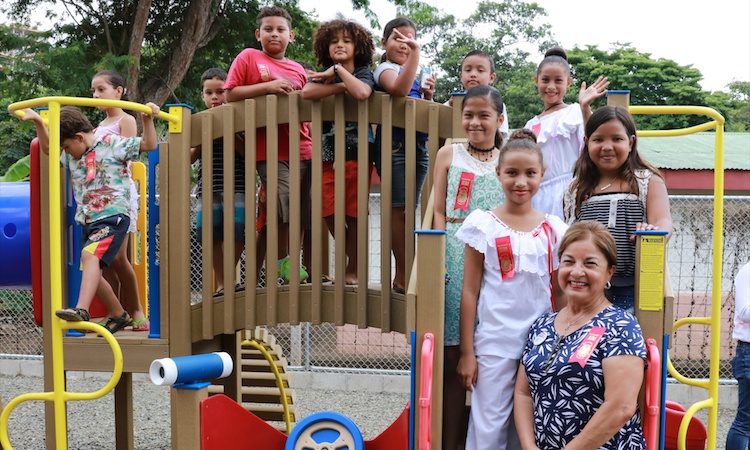 The first playground for children called after DEA’s Special Agent, Enrique Kiki Camarena, was inaugurated during the commemoration of Red Ribbon Week in Carrillo, Guanacaste.

Thanks to a donation by the U.S. government and the Municipality of Carillo, the Segovia neighborhood now houses a playground with a basketball and five soccer courts.

Kiki Camarena lost his life while he was fighting drug trafficking in the 80s. Kiki’s widow, Geneva Camarena, participated in the inauguration ceremony and was grateful for the playground. “This playground is an opportunity for our children and adolescents to have a healthy life and be away from drugs. I am very impressed for all you do for childhood and young people in this country. Thank you very much and thank you for honoring Kiki in this way.”

The U.S. government donated USD 33,000 in materials; the playground and wire mesh for the place.