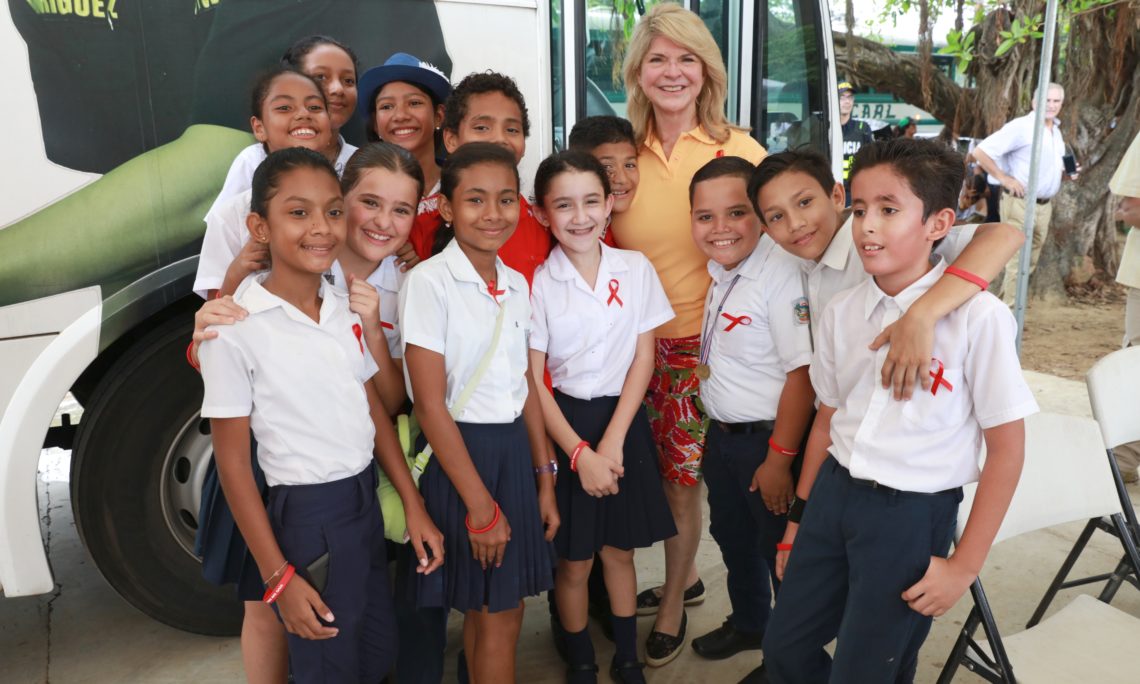 More than 1200 students from elementary and secondary schools commit to say NO to drugs.

During the 11th Red Ribbon Week in Costa Rica, children and young students from Tamarindo, Guanacaste, learned about the harmful effects of drugs, tobacco and alcohol; how to analyze risks and consequences of their decisions and how to resist group pressure.

More than 3000 students participated in the annual D.A.R.E. training that the Ministry of Public Security’s Preventive Programs conducts. As is custom, the training fell on the heels of the Red Ribbon Week, which is organized by the U.S. Embassy and the Ministry of Public Security in memory of U.S. Drug Enforcement Agency (DEA) special agent Enrique Kiki Camarena. Mr. Camarena was assassinated on February of 1985, by Mexican drug trafficker Rafael Caro Quintero, who was later detained detained in Costa Rica.

In 1988, U.S. Congress and a Presidential Proclamation established the National Red Ribbon Week in the United States in recognition to Kiki’s sacrifice. Costa Rica has celebrated this week for 11 years.

During the Red Ribbon Week students also participated in oratory and drawing contests, and a baseball tournament.

U.S. Ambassador Sharon Day delivered an speech expressing her admiration for the students’ commitment to say NO to drugs, and announced the donation of both a playground for Villarreal and construction materials for the improvement of schools in Coyolito, Pinilla, Playa Grande and Llanito as well as for Villarreal’s community hall.

Minister of Public Security Gustavo Mata underscoring the importance of the Red Ribbon Week, said that “the fight against drug trafficking is a global challenge that will result in healthier kids and professionals in love with life and their shared welfare. It will result in peaceful surroundings and harmony. For this reason, the fight will not stop.”