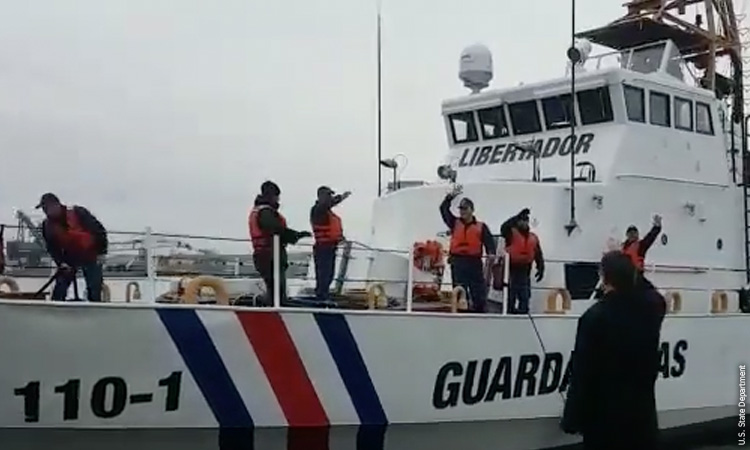 The Costa Rican Coast Guard crew sail for Costa Rica on April 3 aboard the two Libertador vessels that were donated to the Costa Rican government by the United States. The crew having been trained by their U.S. counterparts are now in command of these vessels.

The journey to Costa Rica from Baltimore will take nearly two weeks. The Costa Rican Ambassador to the United States, Roman Macaya, went to Baltimore for the departure of the ships and their crew.