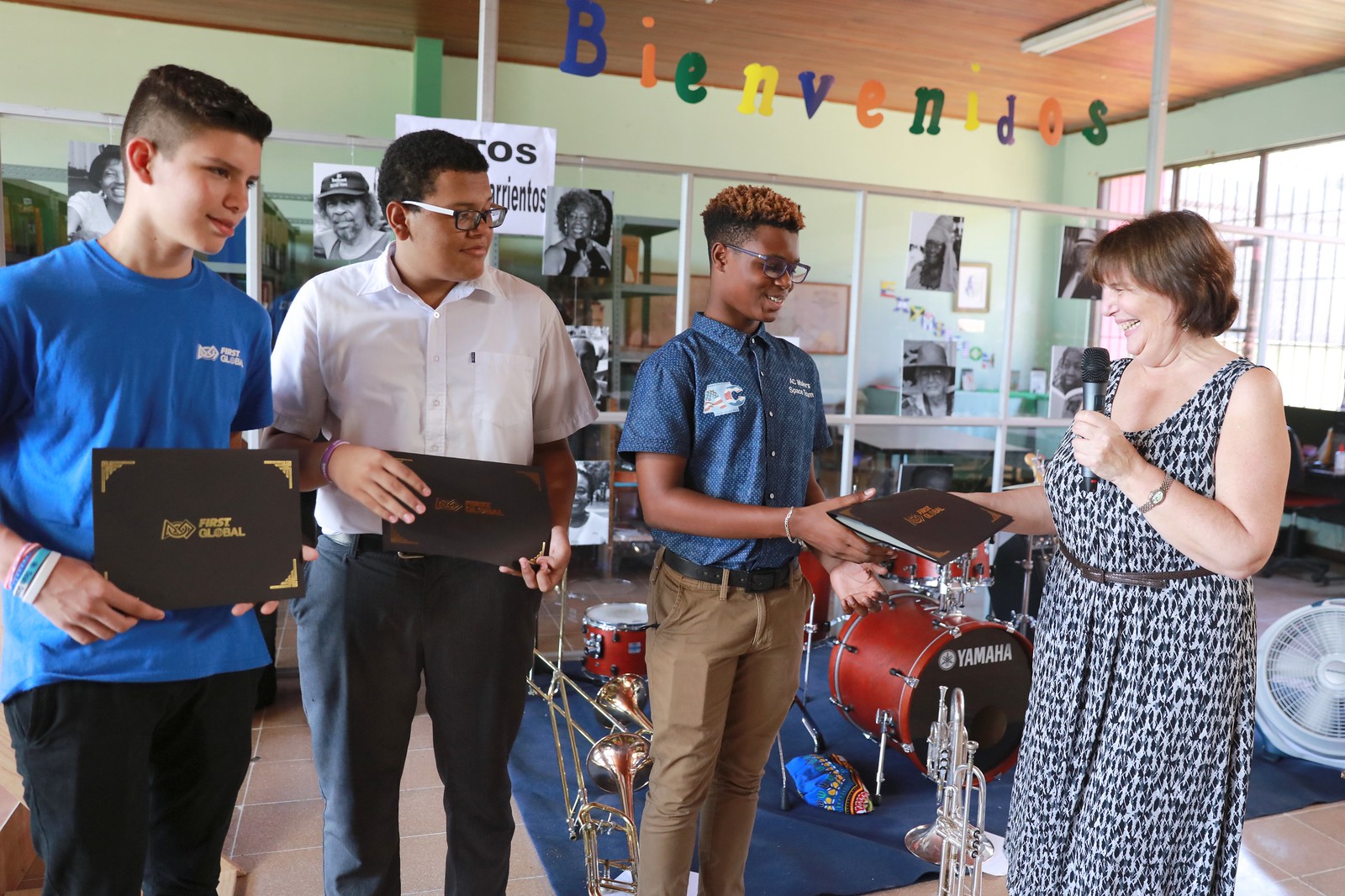 The U.S. Embassy most recently visited Limon where it donated $12,000 worth of tech equipment, participated in the “Dia del Negro” Parade, and met with emerging and established entrepreneurs.

Chargé d’Affaires Robin Matthewman reiterated U.S. Embassy support to young students of Limon with a special donation of technological and robotics equipment, a donation that will foster development in the areas of science, technology, engineering, and mathematics.

Chargé d’Affaires Matthewman also participated in Limon’s traditional parade celebrating Afro-decedents. Her participation underscored the United States’ deep appreciation for Costa Rica’s diversity and traditions. U.S. Embassy officials and partners participated in the parade aboard a U.S. sponsored float and alongside a Texas Jazz band that shared with Limon residents some of the United States’ rich musical traditions.